I was in my final year at medical school when I decided to start following Jesus. When I told my father he was very upset. ‘Have you become a Christian now? I suppose that means you’re going to eat beef, drink whisky and live an immoral life…?’ Rajesh, a psychiatrist

What happens when a person puts their faith in Jesus? Should they change their diet or cut their hair? Do they have to go to church? Do they need to change their name? Is it wrong to continue fasting during Ramadan or to pray five times a day?

Within every culture there are some things that honour God and some that don’t.  God does not ask people to reject every aspect of their past and you certainly don’t have to embrace western culture if you are following Jesus.  God is not concerned with how we dress or behave as long as it is not dishonouring to him or offensive to others.  In fact, many aspects of Asian culture, such as sacrificial hospitality or respect and care for the elderly, are in line with teaching from the Bible.

Similarly, elements of religious practices  such as prayer and worship are often linked to particular cultural forms. Worship in Asian culture involves taking off your shoes or sitting on the floor, something which rarely, if ever, happens in Western churches. But whilst it is common to link different religious beliefs and practices with certain parts of the world, Jesus was not European but Middle Eastern and, although his first followers were Jewish, people from other cultural backgrounds quickly began to follow Him too.

South Asian Christians in the UK are a ‘minority within a minority’. Figures are difficult to come by but estimates are usually 50-70,000, although more research is needed to establish accurate numbers.

The largest number of Protestant Christians are Punjabi, from both India and Pakistan. Many are part of independent Asian Christian Fellowships who worship in Urdu/Punjabi languages using traditional music and styles. There are a few Gujarati fellowships of this kind, and an increasing number of Tamil churches. More recently the presence of newly arrived professionals from South India has meant an increase in Malayalam churches and fellowships.

There are also a few smaller language based fellowship networks, such as Marathi, Bengali and Telugu. Some people, especially those who do not live in a strongly South Asian area, may be part of local churches from the majority community, usually in twos or threes. Roman Catholic groups are mostly from Goa and more recently from Sri Lanka or South India. There are Syrian Orthodox and Mar Thoma congregations in London.

Questions about Jesus and the Christian faith

How Discovering Jesus through Asian Eyes has helped me 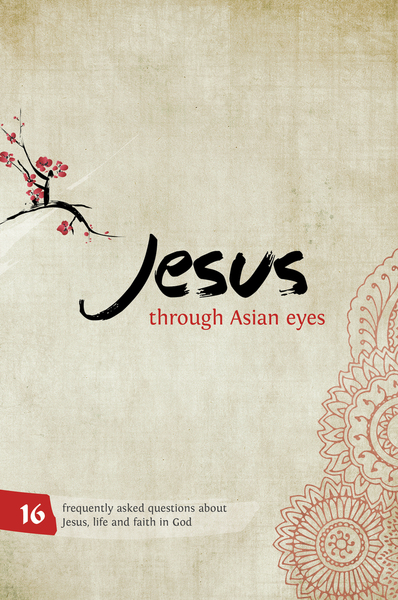 Notes For The Journey

This website uses cookies to improve your experience while you navigate through the website. Out of these, the cookies that are categorized as necessary are stored on your browser as they are essential for the working of basic functionalities of the website. We also use third-party cookies that help us analyze and understand how you use this website. These cookies will be stored in your browser only with your consent. You also have the option to opt-out of these cookies. But opting out of some of these cookies may affect your browsing experience.
Necessary Always Enabled

Any cookies that may not be particularly necessary for the website to function and is used specifically to collect user personal data via analytics, ads, other embedded contents are termed as non-necessary cookies. It is mandatory to procure user consent prior to running these cookies on your website.